The National Civil Rights Museum (a Smithsonian Museum affiliate in Memphis, TN), is committed to providing educators and parents with online resources for teaching the struggle for freedom and justice.

Created by Vietnam Veterans Memorial designer Maya Lin, the memorial features a circular black granite table that records the names of the martyrs and chronicles the history of the movement. Water emerges from the table’s center and flows evenly across the top. On a curved black granite wall behind the table is engraved Dr. Martin Luther King Jr.’s well-known paraphrase of Amos 5:24 – We will not be satisfied until justice rolls down like waters and righteousness like a mighty stream.

Harriet Tubman was an American abolitionist and political activist. Born into slavery, Tubman escaped and made some 13 missions to rescue about 70 enslaved people using the network of antislavery activists and safe houses known as the Underground Railroad The Harriet Tubman Home, Inc. is an independent non-profit that manages and operates the homestead of Ms. Tubman. In January 2017 the Harriet Tubman National Historical Park was established.

Inside the Legacy Museum

The Legacy Museum: From Enslavement to Mass Incarceration is located on the site of a former warehouse where black people were enslaved in Montgomery, Alabama. This narrative museum uses interactive media, sculpture, videography and exhibits to immerse visitors in the sights and sounds of the domestic slave trade, racial terrorism, the Jim Crow South, and the world’s largest prison system. Compelling visuals and data-rich exhibits provide a one-of-a-kind opportunity to investigate America’s history of racial injustice and its legacy — to draw dynamic connections across generations of Americans impacted by the tragic history of racial inequality.

National Memorial for Peace and Justice

The National Memorial for Peace and Justice in Montgomery, Alabama, opened to the public in 2018. It is the nation’s first memorial dedicated to the legacy of enslaved black people, people terrorized by lynching, African Americans humiliated by racial segregation and Jim Crow, and people of color burdened with contemporary presumptions of guilt and police violence.

Staff at the Central Library’s Local History & Genealogy Division have created the following research guides and pathfinders to help you find materials in the library’s collection that can help you learn more about particular topics.

A guide to assist in locating materials and information about the famous abolitionist who once called Rochester his home.

A guide to assist in locating materials and information about the history of African Americans in Rochester.

A guide to assist in locating materials and information about the racial uprising in Rochester in July 1964, what led up to it, and what came out of it.

Many Roads to Freedom: Abolitionism and the Civil War in Rochester

An online history tour with the people, events, places, and writings in the Rochester area related to abolitionism, the Civil War, and its aftermath.

A guide to the history of the Underground Railroad in Monroe County.

Rochester History is a scholarly journal published by the Central Library of Rochester and Monroe County. It provides informative and entertaining articles about the history and culture of Rochester, Monroe County, and the Genesee Valley. A full list of available issues can be found at:  https://roccitylibrary.org/digital-collections/rochester-history/.

dann j. Broyld, “Rochester: A Transnational Community for Blacks Prior to the Civil War,” Rochester History v. 72, no. 2 (Fall 2010).
Looking at Rochester’s place in the transnational journey of Black freedom seekers in the nineteenth century, this issue takes the story about the local abolition movement and the Underground Railroad one step further, introducing us to some of the actual people who made their way to and through this city as they moved north.

Thomas James, “The Autobiography of Rev. Thomas James,” Rochester History v. 37, no. 4 (Oct 1975).
The Reverend Thomas James was a leading Black citizen of Rochester in the early to mid-nineteenth century. He helped found Rochester’s A.M.E. Zion Church in the 1820s. Having escaped enslavement himself, he was part of the early antislavery movement in Western New York. His brief autobiography, written in 1886, is recreated in this issue.

Justin Murphy, “Racial Segregation in Rochester Schools, 1818-1856,” Rochester History v. 78, no. 2 (2020).
Exploring racial segregation in Rochester schools in the early to mid-nineteenth century, this issue reveals the longstanding struggle Black families have faced, and continue to face, in securing educational opportunities for their children.

“African American Oral Histories,” Rochester Voices.
Recorded between 1978 and 1981, these interviews with Black Rochesterians reveal a variety of perspectives and experiences dating from the Civil Rights Era. Topics range from housing discrimination, segregation, and barriers to employment, to the importance of community involvement and advances in civil rights, and more. Selected from the Phillis Wheatley Public Library Oral History Collection, these interviews highlight the experiences and public contributions of African Americans in the greater Rochester area.

“1964 Rochester Riot Photographs.”
A collection of photographs taken during Rochester’s racial uprising in July 1964. Available through a search in the library’s Rochester Images collection, and on the New York Heritage website.

Frederick Douglass: Obituaries, Accounts of His Funeral, and Other Material, 1895.

Directory Published by the Negro Business League of Rochester, NY, 1926. 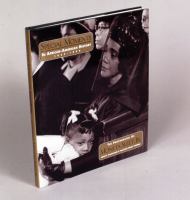 The photographs of Moneta Sleet Jr. are internationally acclaimed collector’s items encapsulating special moments in the history of African Americans around the world in the latter half of the 20th century. Now, for the first time, these works that have been coveted by many are presented in one remarkable book. Many of these rare photographs have never been seen before.” 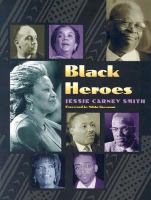 Black Heroes is a who’s who of cultural importance to all Americans. This celebration of African American achievement presents 150 biographical portraits of individuals who have made a profound impact on American culture, from W.E.B. Du Bois to Colin Powell, from Rosa Parks to Maya Angelou, from Romare Bearden to Josephine Baker. This work covers a wide range of occupations, including activists, athletes, artists, authors, business leaders, performers, political figures, and scientists. 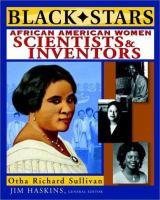 Meet African American women of science and invention from the early years to modern times.

‘I have a dream’ by Dr. Martin Luther King, Jr., with forward by Coretta Scott King and paintings by award-winning artists. Audience: children 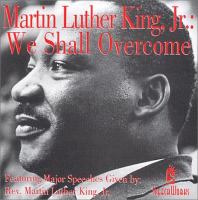 The Life and the Adventures of a Haunted Convict (New York: Random House, 2016). by Austin Reed

Austin Reed was born near Rochester, NY, in the 1820s. He began writing this autobiography while serving time in the state prison in Auburn. The earliest known prison memoir by an African American writer, this work sheds light on the longstanding connection between race and incarceration in America.

We Can’t Breathe: On Black Lives, White Lies and the Art of Survival (2018) by Jabari Asim.

Asim disrupts what Toni Morrison [calls] the ‘master narrative’ and replaces it with a story of black survival and persistence through art and community in the face of centuries of racism.

From the legendary political activist and scholar comes this powerful study of the women’s liberation movement in the U.S., from abolitionist days to the present, which demonstrates how it has always been hampered by the racist and classist biases of its leaders.

A graphic novel/memoir trilogy by Congressman John Lewis, telling of his work in the Civil Rights Movement in the 1960s.

The Warmth of Other Suns (2010) by Isabel Wilkerson.

Wilkerson, the first African American woman to win a Pulitzer (in 1994, for feature reporting at the New York Times), tells the stories of three individuals to track the movement of African Americans from the South during the 20th century.

Africans in America: America’s Journey Through Slavery by Charles Johnson

A riveting narrative history of America, from the 1607 landing in Jamestown to the brink of the Civil War, Africans in America tells the shared history of Africans and Europeans as seen through the lens of slavery.

Stamped from the Beginning: The Definitive History of Racist Ideas in America by Ibram X. Kendi

In this deeply researched and fast-moving narrative, Kendi chronicles the entire story of anti-black racist ideas and their staggering power over the course of American history.

The Audacity of Hope: thoughts on reclaiming the American dream by Obama, Barack

Barack Obama spells out a vision of public life that is about finding the common threads that bind us all. He describes his hopes for a different America, and how the ideals of its democracy can be renewed.

How We Get Free: Black Feminism and the Combahee River Collective (2017) Edited and introduced by Keeanga-Yamahtta Taylor

The Combahee River Collective, a path-breaking group of radical black feminists, was one of the most important organizations to develop out of the antiracist and women’s liberation movements of the 1960s and 70s. In this collection of essays and interviews edited by activist-scholar Keeanga-Yamahtta Taylor, founding members of the organization and contemporary activists reflect on the legacy of its contributions to Black feminism and its impact on today’s struggles.